A few weeks at home in January for a change! A chance to recharge the creative batteries after a very busy year of Corporate Entertainment. And a chance to tackle a few projects.

Thought you might to listen to the first couple of tracks from Whimsy – An Audio Adventure, an album I recorded back in 1998.
01 Whimsy Track 1 The Young Magician by TimothyHyde

Unlike a lot of performers, December is usually fairly quiet for me. I like that.

It started with a motivational magic talk to the volunteers from TimeHelp What a great concept. Matching up retired people with schools who need an extra experienced pair of hands. Great stories, great people.

We then headed down the South Coast for a large Trivia event for Shoalhaven City Council. This was a huge night with a disco theme. Fantastic costumes and great fun. We have done many trivia events over the years, but this may be our last one, preferring now to focus on a consultancy role. Information website here –  http://www.Trivia.com.au

Spent a couple of nights exploring Mollymook staying at Banisters with dinner at Rick Steins.

Then a big cruise to finish off the year, sailing up to Tonga from Auckland, before coming back via Fiji. I loved Tonga, got very hot and muddy exploring the back streets of Nuku’ alofa, heard some amazing singing at the local church  & had a delicious traditional raw fish salad Ota Ika.

This Months Photo
Returning from the Utukalongalu Market, Neiafu, Tonga

November was a great mixture of assignments for me.

A few days in the South Seas performing on the Pacific Sun. Got to stay over in Port Vila at the end of the cruise, this is always a bonus. One of the great things about cruise ship work is spending time with other great acts, this time the very talented String Fever and old friend Donna Campbell.

Back on dry land it was off to Melbourne to be Corporate Master of Ceremony / MC at the ARCIA Awards night at Crown Casino. The Australian Radio Communications Industry Association, the third year in a row I have been MC for them!

Back to Sydney and a few days working at the Exhibition Centre with a new client I am hoping to do more work with in 2012. This was a Safety Expo, exploring the new OH&S legislation with a terrific range of expert speakers.

Then off to Auckland for a couple of nights at the grand Langham Hotel. I’m MC at the giant Austbrokers & IBNA conference in April 2012, the fourth time for them, and my client wanted my input on a few aspects of the event. We toured the various venues & brainstormed some of the various activities planned. Really looking forward to this one. 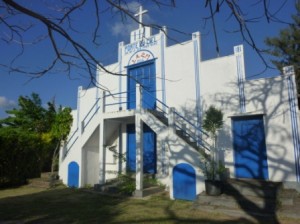 A brilliant and long anticipated assignment on the Sun Princess travelling from Hong Kong to Dalian, China, with a stopover in Shanghai. Great audiences responded well to my Australian Mentalist act.

Timothy hadn’t been to Hong Kong for nearly 20 years and was fortunate to get an extra day or two to explore the ever fascinating city. In Shanghai, explored the famous Bund and travelled out to the canal village of Zhujiajiao and an old silk factory. The trip home via Korea was fairly gruelling but well worth the plane hours to visit these places.

This Months Photo
The Bund – taken from the ship 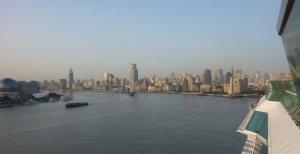 Another busy month started on the Gold Coast where Sydney Mentalist Timothy Hyde was MC for a conference of Supply Chain executives.

Following this was a quick flight up to Singapore where he joined the Sun Princess as a special guest entertainer, performing his Mind Magic show on the voyage back to Freemantle. The trip allowed another peek at the fabled volcano Krakatoa and another quick visit to Christmas Island.

Later in the month, a trip to Brisbane where he both entertained with his Mentalism show and acted as MC for the Australian Institute of Business Brokers and a Government Conference over in Perth. A day of Birdwatching there added another 9 bird species to his Australian list!

This Months Photo
Krakatoa – through the heat haze

Performing occasionally on select Cruise Ship engagements has some great pluses and the traveling highlight of the month for Sydney Corporate Entertainer was to get to spend a day both on Christmas Island and at the world heritage site of Borobudur in Central Java.

Christmas Island was a tantalising mix of wildlife spotting and history. Timothy added 10 new bird species to his Australian bird list including the rare Abbotts Booby. A place with a fascinating history – the phosphate mine, the Chinese miners and culture, the miners’ strike, the grave of the only body recovered from the HMAS Sydney and of course the refugee centre. Several memorials dot the shore of the many hundreds of people who have perished attempting to get to the island, risking all to have a chance at a better life.

Borobudur was very impressive. Equally so was the hair-raising high-speed drive to get there and back, complete with police escort – sirens and lights on. We seemed to spend most of the time on the wrong side of the road running red lights. But it is truly an amazing place and well worth the effort to get there.

In the corporate world, GDS International uses Timothy as their preferred MC for their Australian Summits. This was the third he has done, this time for Supply Chain executives from many major companies. A combination of MC duties with a little Mind Magic thrown in at various occasions. 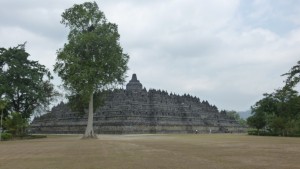 Escaping the wintery blasts of the Blue Mountains, Sydney Entertainer Timothy Hyde will be tackling two cruise ship engagements in July. The first a brief jaunt up the east coast of Australia on the Pacific Sun. Sydney up to Cairns. Timothy then flys back home and the ship continues around the top of the country and down to Freemantle Western Australia. He flys back and rejoins the ship there for it’s next leg, a very interesting segment.

First stop is the site of the HMAS Sydney, sunk in WW2 but only recently discovered. Then travel on to Christmas Island! A chance for Timothy to engage in his love of birdwatching and hopefully spot several new species for him. Then on up around Java with a stop at Semarang and the possibility of visiting Borobudur the famous World Heritage site. From there its to Bali where he flys home in time for a string of corporate engagements.

A brief trip out into the Coral Sea on the Pacific Jewel started the month for Timothy Hyde. Performing his Magic Show on ships is a thrill, with huge well equipped theatres packed with hundreds of people ready for a great time. This trip took in Isle of Pines, Mystery Island, Vila, Dravuni and Timothy then flew back from Fiji.

The rest of the month was taken up with writing and working on a couple of new projects. We have 10 Publications for magicians and mentalists already available and 4 new ones at various stages of completion. If you are a performer, you can check them out here.
http://www.MagicCoach.com

Life is a juggling act for Timothy with his work divided between his entertaining Magic of the Mind Show and his work as a Corporate MC. Of course it blends a bit bit further when he’s out working as an MC as he incorporates a lot of magical effects and fun in these assignments when appropriate. You can catch up on this side of business at http://www.TimothyHyde.com.

May was full of intense MC work including a fabulous CEO Summit at the Sheraton Mirage on the Gold Coast. It’s still certainly one of the best luxury hotels on the Gold Coast. Timothy is the preferred Corporate MC in Australia for the UK based GDS International who run C Level events all over the world. A few  more are scheduled later in the year.

This Months Photo
Timothy’s Travels – France?  No – Lifou in the Loyalty Islands 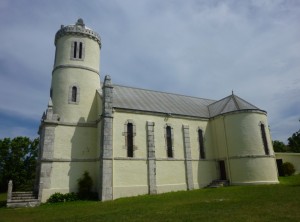 Interesting MC assignment this month up in the Hunter Valley for Sydney Professional Speaker and MC Timothy Hyde. The night before we recieved a call asking for Timothy to prepare his Creative Thinking keynote in case the main speaker didn’t turn up! It turned out that he was flying up from Sydney by helicopter and if it was too foggy early in the morning as it tends to be up there, he wouldn’t be able to land.  The morning broke clear and calm and the speaker went on as scheduled. The life of the Corporate  MC, always prepared. 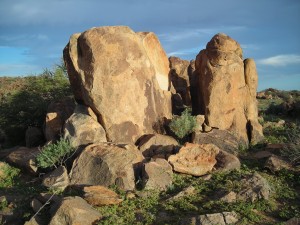